More About Our Pastor: 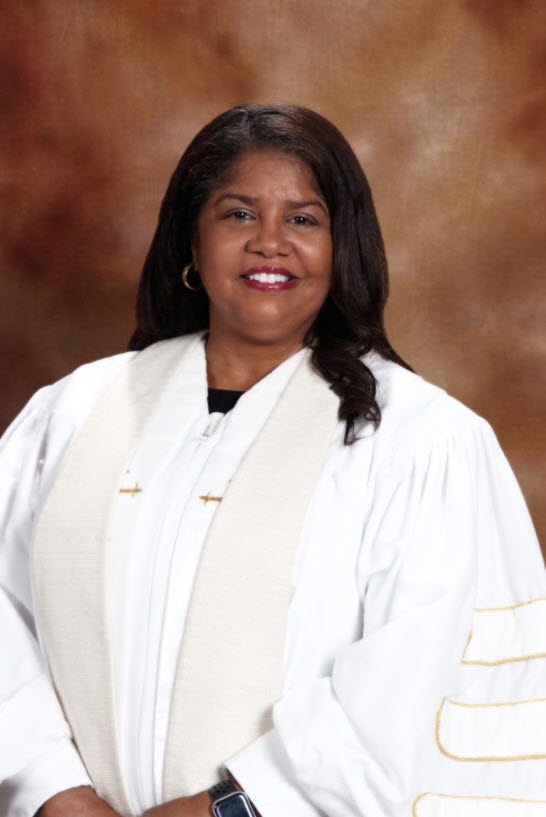 … Dr. Rose-Tucker has served on numerous District and Conference Committees, some of which include: North Georgia Conference Committee on Finance and Administration, Secretary, North Georgia Conference Committee on Insurance, Georgia Conference Board of Witness and Worship; Chair, Harry Denman Award Task Force; Chair, of the Task Force on Partners In Ministry; Supervising Pastor, SM II, Emory University’s Candler School of Theology, Conference Nominations Committee; Connectional Table, Committee on New Black Church Development; Committee on New Multicultural Church Development, Trustee, United Methodist Children’s Home and the Murphy-Harpst Home Board of Directors, Conference Board of Pensions and Health Benefits and Cabinet representative to the NGA UMW. At the General Church level Dr. Rose-Tucker has served as Chair of the Ebony Superintendents, Vice Chair of the Black Clergywomen of the UMC. Gammon Theological Seminary, Chair Student Concerns Committee, Gammon Theological Seminary Founders’ Day Committee Chair, Board of Directors, Black Methodist for Church Renewal, chair, Personnel Committee and the Griffin District Finance Committee.  At the Jurisdictional level she served as Vice Chair of the SEJ Clergywomen of the UMC. Trustee,

Currently, Jacqueline serves in the Editorial Circle of WellSprings: A Journal of United Methodist Clergywomen, serves as Strengthening the Black Church for 21st Century (SBC21) coach. Jacqueline is a trained CAST Coach for the Annual Conference. She also is a member of the Board of Directors for Gulfside Assembly as well as on Board of Directors and newly elected treasurer for Niskey Lake Water Works, Inc. She has coordinated international Short-Term Missions teams, work with UMW groups and in areas of provide training in Spiritual Discipline and Leadership Development. She is also a member of the Order of the Flame, World Methodist Evangelism and has served as a 2001, 2006 and 2011 delegate to the World Evangelism Conference. She has also completed three years of Extraordinary Leadership Seminar. Dr. Rose-Tucker has also served as reserve delegate 1992 SEJ Conference and a delegate to the 2008 SEJ Conference. Jacqui is an avid member of the Walk to Emmaus Community. Jacqui is a recent widow of Joe Louis Tucker and has two adult children, Rev. Jasmine Smothers, an elder in the North Georgia Conference and Jason Smothers. Her motto is “Leave it better than she found it.”

Her guiding scripture is Proverbs 3:5-6 “Trust in the LORD with all thine heart; and lean not unto thine own understanding. In all thy ways acknowledge him, and he shall direct thy paths.”